Harding's Markets Raises Over $9,000 for The Salvation Army

To help rescue Christmas during this past holiday season, The Salvation Army partnered with a pair of West Michigan Harding’s Markets locations – Wayland and West Main in Kalamazoo – to offer three safe and simple ways to donate. Harding’s raised $9,225.44 combined between the two stores through these initiatives over a five-week span and presented a check to The Salvation Army’s Red Kettle Campaign on Wednesday. 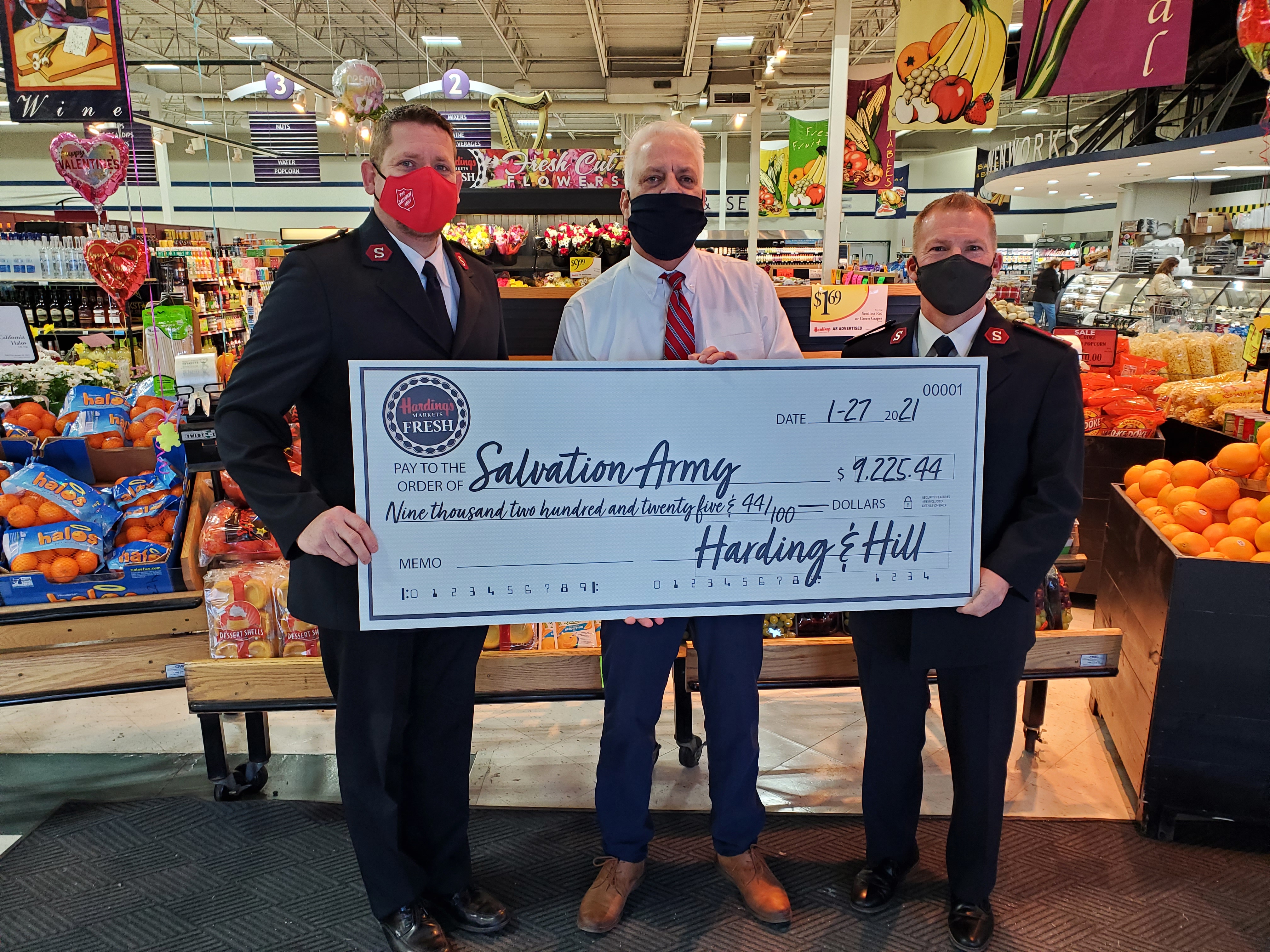 “We are grateful to Harding’s Markets, Mol Belting Systems and MessageWrap® for their partnership in helping people in need in our communities,” said Major Glen Caddy, Divisional Commander for The Salvation Army of Western Michigan and Northern Indiana. “These safe and innovative ways of giving are paving the way for future generations to help The Salvation Army uphold its promise of Doing The Most Good.”

The three contactless options to donate included Salvation Army QR-coded red kettles imprinted on all checkout lane conveyer belts, round up at the register, and an online giving form unique to both locations.

The QR codes utilized a new and revolutionary way of giving as each check stand belt was overlaid with a patented cover called MessageWrap®, allowing waiting customers to use their smart phone to scan the code of three different denomination amounts and quickly contribute a secure gift. Presenting donation options on checkout lane belts has the potential to be a seasonal trend for The Salvation Army.

MessageWrap® was invented and created by Handstand Innovations LLC in collaboration with Mol Belting Systems, one of the nation’s leading conveyer belt manufacturers. Both companies are based in Grand Rapids. 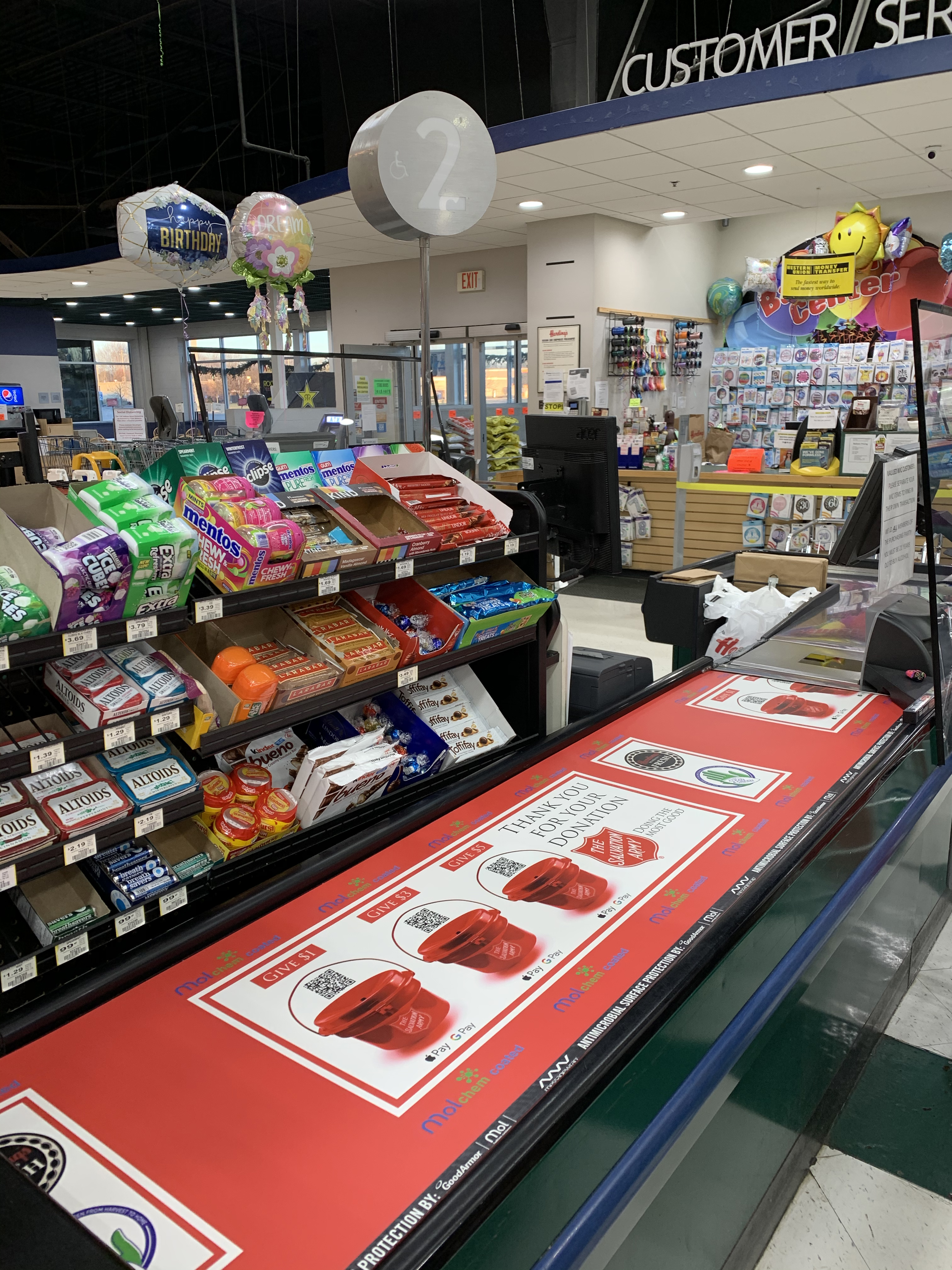