A Grand Adventure at the Tournament of Roses 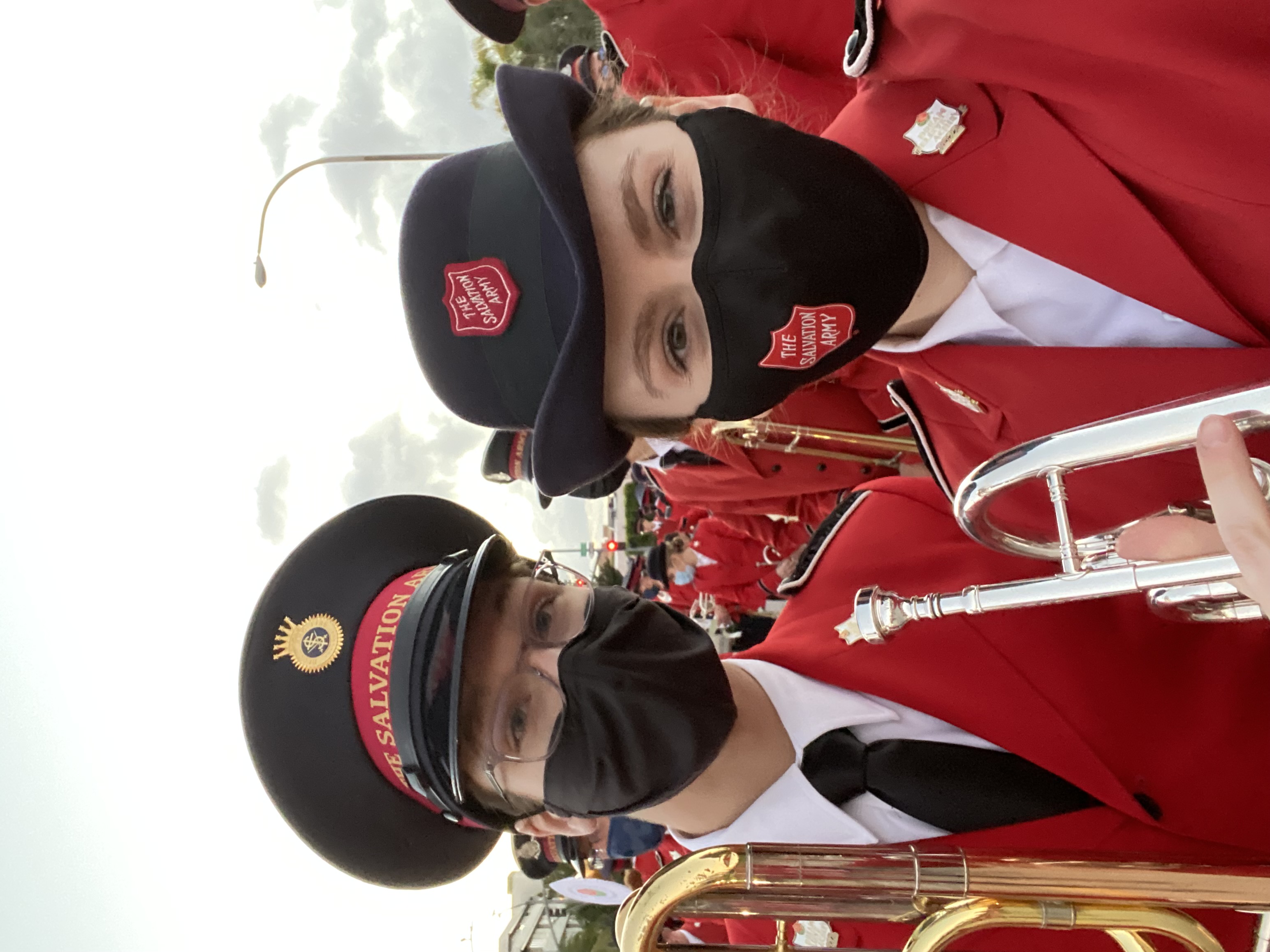 After the parade was cancelled in 2021, there was renewed excitement for marching in this year’s Salvation Army band in the Tournament of Roses. We were fortunate to have representation from each division in the Central Territory. This year’s participation was unique due to an abundance of safety precautions, flight delays/ cancellations, schedule changes and weather surprises.

“We’re making memories!” became the mantra for Salvationist musicians who traveled from all over the U.S. to march in the parade. Not long into our first full day, the weather turned to rain which did not let up until the next evening. Rehearsals were held in the rain as well as a parking garage, which is as loud as you’d guess! On the second day of rain when we had to evacuate camp due to the rising river covering the road, everyone adapted quickly and calmly. We were in this adventure together!

After safely leaving, we spent the day at Disneyland where we put aside the question of whether we would be able to return to camp that night and had our fill of churros and Disney magic. We found the answer to that question was “no,” but our situation allowed us to visit the Western Territory’s training college which graciously hosted us for the night. Everyone was given new pajamas, socks and lots of food. For many, it was our favorite night. We got to just be together, laughing and playing games. Shuttling in and out of camp by an assortment of vehicles became standard for the rest of the week as the buses were never able to make it back in. 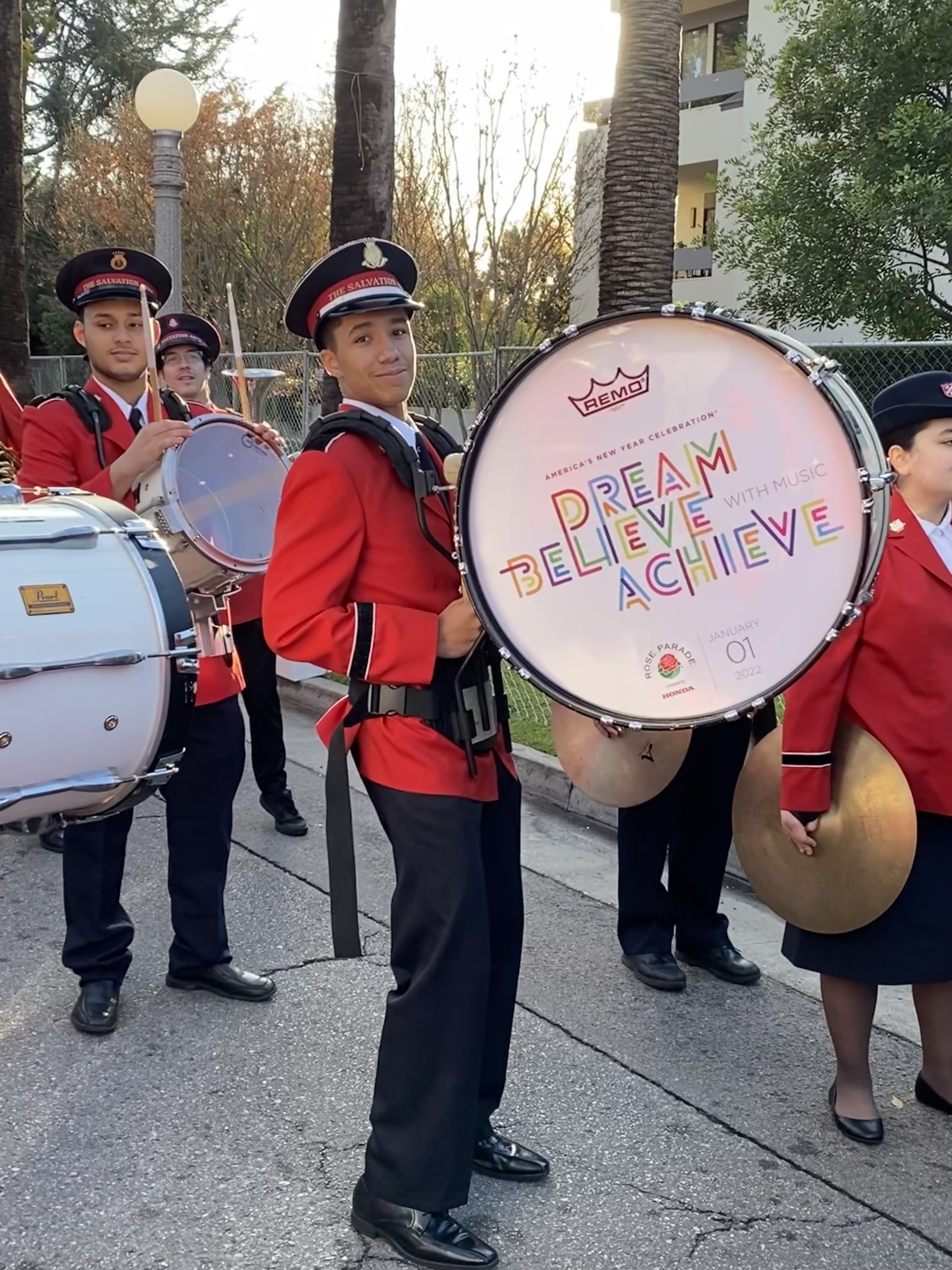 We spent time on New Year’s Eve at the Tustin Ranch Corps enjoying a formal dinner and attending a concert by the Florida Divisional Band, which was this year’s guest band. After celebrating the new year a bit early, we had a few hours of rest before grabbing a bite to eat and loading out of camp at 3:45 a.m. Many caught a few extra minutes of sleep on the way to the parade route where the early morning chill woke them.

We were grateful to be in the first third of the parade line-up. As we marched past the cameras, we played an African-inspired rendition of “Amazing Grace,” arranged by Kevin Larsson. Just when we grew tired of playing the song on repeat, we made it past the grandstands. For the rest of the nearly six-mile route we alternated between “Amazing Grace” and “This Is Our Story” (also arranged by Kevin Larsson) with breaks and lots of waving to the crowds. Though it’s hard to believe, the second half of the parade is easier. Maybe it’s the promise of In N Out burgers waiting at the end!

Even with the all the precautions parade organizers took and the hurdles we jumped over the week, both our band and the crowds watching were full of smiles the whole time. It was good to come together to spread joy and the love of Christ through music. It was an adventure that we’ll remember for years to come. 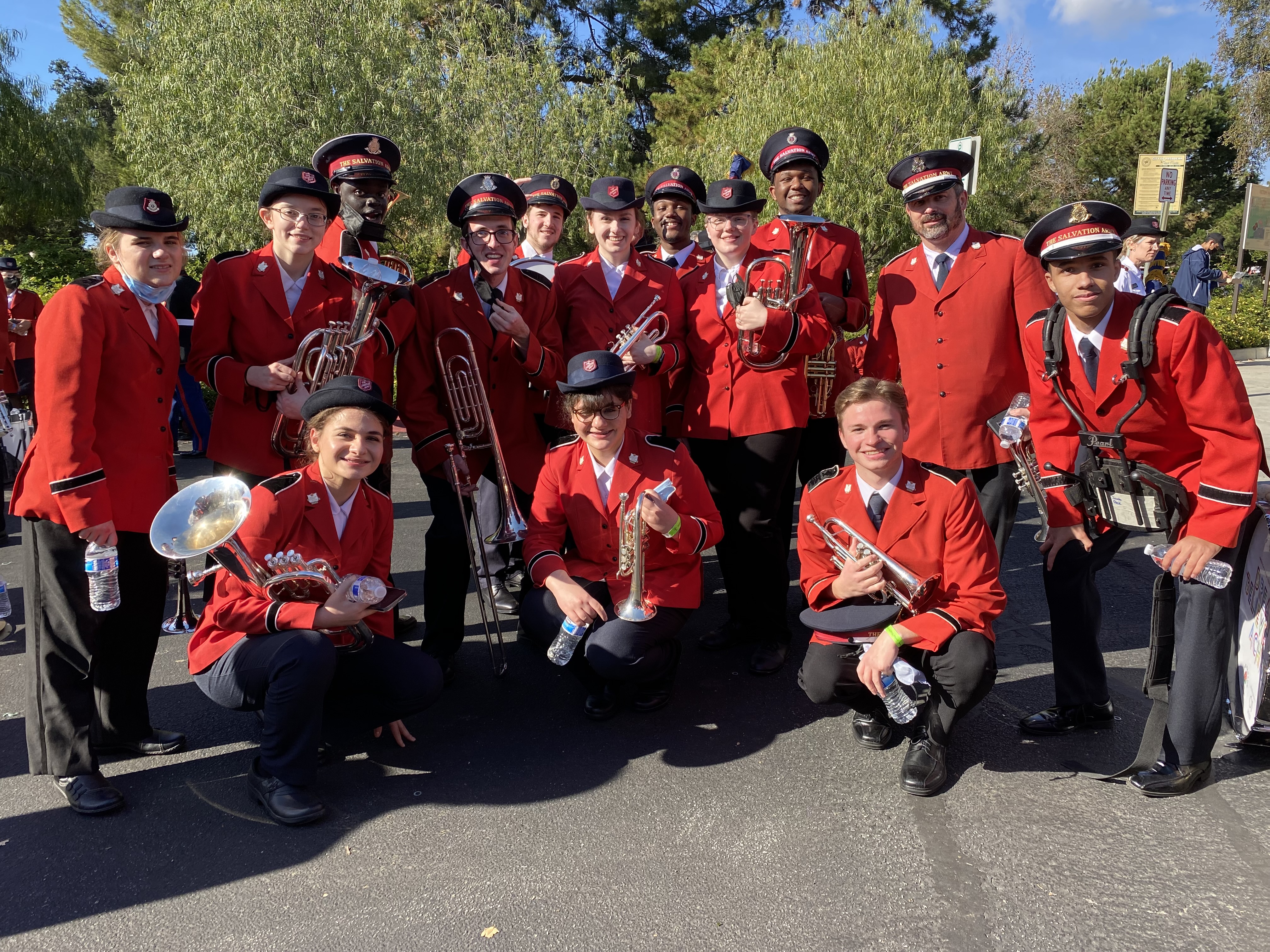 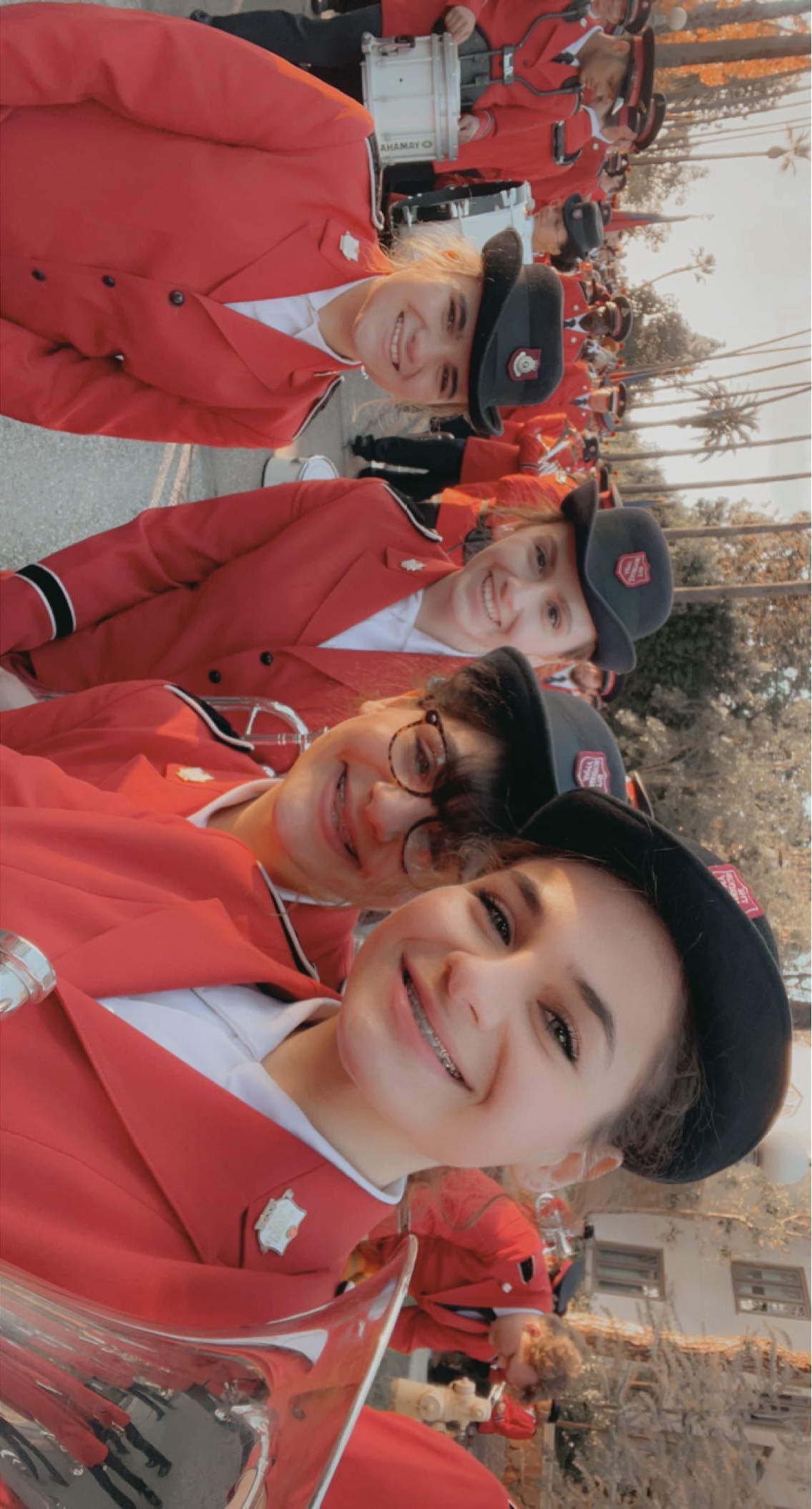 We would love to hear about your experience with The Salvation Army.